From the day I finished the level one course I wanted more. I would have stayed forever just repeating the training over and over again if they would have let me in the most perfect version of Groundhog Day ever!!!

So when the amazing people at Sheepdog Response announced a level 2 class I was thrilled.

But before we get to how awesome the course was lets start at the end.

The moment three days of training is over and you feel a pit form in your stomach because although you are tired and sore you don't want to leave.

Surviving a difficult journey with a group of people forms a bond.

When you add to that the fact that we were all there with the same goal in mind it can be hard to walk away.

Then there are the instructors who so clearly have an intense desire to share their insane amount of knowledge.

I joked with another student about how we wanted this to be our life now. Wake up and train Self-defense, eat lunch then train weapons and Psy ops (is that what it's called?).

Like a real-life spy movie only better because I was the star.

It's hard to walk away from that unchanged.

When I went to the first class I already had a desire to be HARD TO KILL but I was unfocused and unsure about if what I was doing was enough or even the right thing.

I was so happy to realize I was doing exactly what I should be. Plus I got all kinds of tips for what needed more work. What I could be doing better.

I came back with a fire in my belly. With a renewed commitment to being the most badass mom on the block.

More than that though I realized there are a whole group of people who feel the same way. 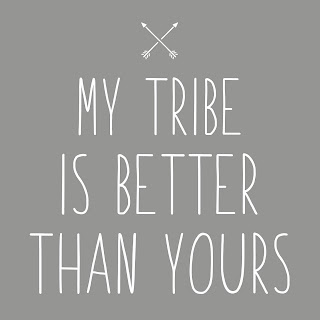 That's the current vernacular.   That's what the kids call it.

Whatever you call it though that isn't the point.


I could write a 47 page paper about how much better I got in just three days of training, of what it feels likes to have some of the most deadly people on the planet compliment some tiny aspect of what you are doing.

Imagine Beyonce said you had a pretty singing voice?

Imagine Tom Brady said you had a good spiral?

These instructors are the BEST at what they do and they want to share that knowledge with you.

More than that though they want to help people.


Talking at the end of class with Tim Kennedy about what he was doing in the coming weeks he joked about going on a speaking tour to "make money" before he deployed again.  I countered with some comment about Sheepdog not making him a millionaire yet and we laughed. I could well imagine that between range time and travel, not to mention paying all the amazing instructors there probably wasn't much left over at the end of the day.

His response was so telling of a man that just wants to help make the world safer one person at a time.


Think about that for a minute.   He is sharing his time and knowledge with as many people as he can because he genuinely cares. I guarantee if pressed the rest of the instructors would have a similar reason for being there.

Find people like this. Find them and learn from them.
Don't let anything get in your way. Don't let anyone tell you that you are too anything to give up on something important to you.

Side Note:
If you are reading this and you have questions or want to know more about this amazing group just ask. I will gladly tell you just how awesome I think they are and why you should take a class with them.