The End of Summer: a Tale of Blood, Sweat, and Tears

Things to test myself.

Things to see just how good my insurance is.

But before the Summer can end I wanted to add one more thing to the list.


I tried to exercise better than anyone else.


I know that's a weird statement but I'm not sure there is a better way to describe Crossfit.

I know Crossfit is like a lightning rod for people who want to be fit. Everyone seems to either know someone who got super jacked or super jacked up.

I have drunk the kool-aid though. I'm in 100% mostly because my coach is awesome.

You might be thinking that's my opinion but you are wrong. It's FACT.

Seriously, Check this guy out. 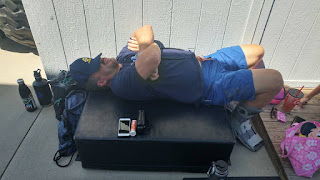 
Although that is him that picture is deceptive. I mean he only leaned back for like 30 seconds but I'm quick with the camera.

Whatever. That isn't the point.

Somehow this unassuming bearded gentleman tricked me into CrossFit. I just wanted to "lift some weights".


Thanks to him this past weekend I got 2nd best exerciser. ** 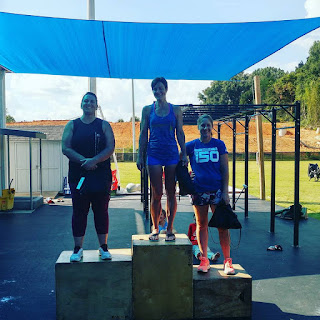 If you want to see me in action you can click on the links below. It's painful to watch. I mean even I want to scream at myself to go faster even though I know at the time I was thinking about murdering people. Or passing out. Or a combination of the two. I certainly wasn't thinking about writing this post to thank the sleepy guy in the picture above.

* note to self. Maybe less bending over when you are being videotaped.

These people never have egos. Seriously, and some of them should, they are so badass.

Have you ever seen these signs? 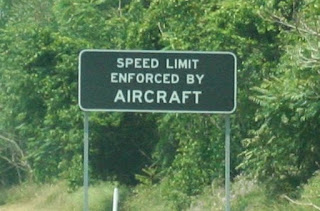 How is this still a thing?

Does anyone really think that there is an aircraft circling the highway using some form of long distance radar gun to track your speed?

I'm not sure what the cost of jet fuel is these days but I would imagine you would have to issue a lot of tickets to pay for an hour of airtime. Flight time? Flying time? Obviously, I am not a pilot.

Maybe we should check the state budget more carefully next time it comes up for a vote?