So here's a thing.

I got a gold medal.

Not like an Olympic Gold medal, although I can see where you might be confused since we did just wrap up the Olympics.

Nope I wasn't in RIO, although if I was I probably still would have come home with a gold medal.

FYI there was a bunch of 40 + Olympians. Including a 42 year old lady from Great Britain that is running in her 5TH Olympics!!!!

Obviously we all know about my Ninja Resume.

Right now it is way move impressive than the regular one.

(I just got distracted by calling it a resume instead of a CV because I didn't know what CV stood for so of course I had to head over to google to look it up and now I'm thinking I want to call it my Ninja CV because that sounds cooler plus makes more sense. But that would take forever to update the links and the references and who has that kind of time? AND THIS IS WHY I NEVER GET ANYTHING DONE.)

Back on topic. I was talking about my GOLD (hell yeah all caps) medal.

You may remember back in April I got broken because when you are about to turn 40 you can convince yourself that anything and everything you do is a statement to the world about how you are not growing older. Certainly that you are not getting smarter.

Well according to the Doctor who turned me into a cyborg, my wrist wouldn't be at full strength by the end of May when I had agreed to enter a BJJ (Brazilian Jui Jitsu) tournament. (please see above for REASONS)

Instead I was forced to sit on the sidelines while other people avoided armbars. Or attempted armbars. It was frustrating. On the one hand I was so very proud of the people who competed but on the other I was SITTING.

But time heals all wounds. Although I think that is talking about metaphysical stuff. Broken hearts and the like. It might be a bit too literal to talk about actual wounds.

Whatever, This is my blog and I can use metaphors however I like.


Where was I going with this? 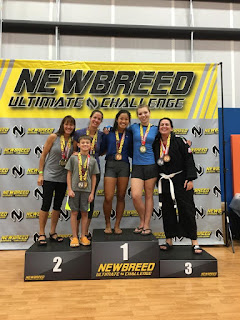 First place overall as a team. Pretty impressive I think. That's why I train with these people.

That and because when you find people who will send you stuff like this you know you need to keep them around. 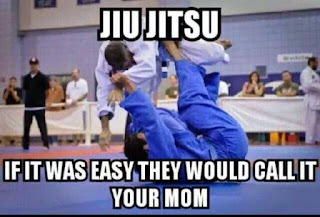