The princess graduated preschool today. Although they don't call it graduation. They call it Bridging. Something about bridging the gap between Preschool and Kindergarten. I was only half paying attention as Colin kept raising his hand as if we were at the question and answer part of the event

(He also raised his hand when they said they were going to read Dr. Seuss. He wanted to volunteer his oratory services.)

It was  adorable. Natalie sang songs and danced her little heart out.

﻿
Triple S wasn't home. Long story short but basically Captain Steve is a self serving jerk. (this is one of the reasons he should have his own blog. All tugboats, all the time.)

I videotaped it of course. Like a good parent so that I will be able to torture her one day with her adorableness. When she is old enough to think she is too cool for me I will pull it out and remember when she didn't mind holding my hand.

Oops. Got mushy there for a moment.


﻿Wait, just a bit more mushiness. It was really nice seeing all the kids up there. I'm glad that many of them will be with Natalie at her school next year.

Okay on to my second topic. The part where I confess my insanity.

﻿ I signed up for the Spartan Race. And yeah it is exactly as scary as you think it is. See this is what happens when you start working out again. Crazy people at the gym convince you that this is a good idea. They sweet talk you with promises of matching outfits and mud.

So here starts my journey to insanity! I have about 10 months.

Two days before my 13th anniversary to Triple S I am going to be wearing some matching outfit with some awesome ladies and trying my best not to die.

﻿
I think I am going to put a slide show of Gerald Butler on my phone and stare at it while I try and get ready for this.

So if you are at the gym with me and I start yelling about "Madness? This is Sparta." Now you know why.

I learned something about myself a few weeks ago. Something I find odd and disturbing.

I assume that isn't odd for most but please consider the fact that I voluntarily refer to myself as "the real VD". Sure they are my initials. But I don't need to get so excited about it.

Before I go any further though I think I need to go back a bit.

As summer drew to a close Natalie's obsession turned to dance. She wanted to learn ballet. I searched the surrounding area for a school and selected one that seemed the least terrifying to a person who has never taken a dance class. (this was only because I was unloved as a child and not because I have absolutely no grace whatsoever.)

Lessons began a few weeks later and everything seemed wonderful. As I sat in the waiting room I would chat with the other moms about (what I considered) normal things. Our boys would play video games and talk about angry birds while they waited for their sisters to be done.


Basically it was the complete opposite of all those terrifyingly reality shows.

It is at this point that I would like to point out that I don't watch Dance Moms or Toddlers and Tiaras but their influence is so pervasive that even I can't avoid them when they leak into the MSM. (that's snob talk for Main Stream Media)

I was forced to conclude that the lunatics on the reality show were aberrations and certainly not the norm. I happily continued to believe that until this weekend.


After a season of practice we arrived at recital time. On Friday at rehearsal I began to awaken to the idea that maybe I was a little too laid back about this show. My daughter is only 5 years old. I didn't realize that as the kids got older the mom's got crazier.

I mean full on standing in the audience screaming about "hip shaking". I started to rethink the idea of dance classes. As we left rehearsal though I told myself I was overreacting. Certainly these moms just wanted their girls to do well tomorrow when the audience would be filled with unfamiliar faces.

That certainly sounded legit in my head.

Then Saturday arrived. Natalie and I headed out nice and early.

I then watched with a sort of morbid fascination as Mom's plastered make up on little girls and reminded them to "shake it". That was when the fear started to settle in.

﻿
﻿
Between herding Natalie's class and the multiple trips to the bathroom the rest of kind of a blur. Nothing reached the level of craziness that would warrant a reality show and in the school defense Natalie's teacher is a really nice lady.

All that aside she isn't going back because I'm a prude.


Shocking I know. To no one more than myself.

These are the things you learn if you have a daughter. I'm pretty sure if I only had a son I would have gone on in ignorant bliss thinking I was cool and progressive.
- May 21, 2012 No comments:

I'm Not Angry you Jackass!

Triple S says I'm an angry person.  All because I yelled at some nob in a topless jeep who spent the entire red light fixing his hair before driving away again.

What was the point? Seriously. And I didn't really yell at him as much as I questioned the point of the mirror check in a sarcastic and snotty tone.


He's so silly. That wasn't anger.

I haven't been angry for at least a week. Not since I went to the wrong place for Natalie's rehearsal and was forced to drive all the way across town during rush hour.

The Princess learned a lot of colorful language that day.

Wheels are turning in my brain. Maybe Super Supportive Scott has a point?

He's a little confused about the details but he might actually be right.

I'm an Angry Driver. Not an Angry Person.

I blame this on Long Island. It's the place I learned to drive in a tiny car with a giant man. (poor Mr. Sackman. It's cruel to make any man over 6 feet sit in an Escort. It should be considered torture to do it to a man while he is teaching drivers ed.)

Never mind about the giant man though.

You cant learn to drive in New York and remain a mellow driver. Well maybe a saint can but I'm pretty sure we all know I'm not a saint.

Triple S will tell you I'm not a good driver but I think he is wrong. (Of course I think that, no one things they are a bad driver, even the truly awful ones.)

I'm a very good driver (just like Rainman). Perhaps I drive a bit fast and perhaps I'm a bit aggressive.

Perhaps. But it isn't my fault that I have places to go and other people seem to be moving at a snails pace.

The south is mellowing me. Slowly but surely they are assimilating me (just like the borg) but I refuse to lose the part of me that loves being first off the red light. 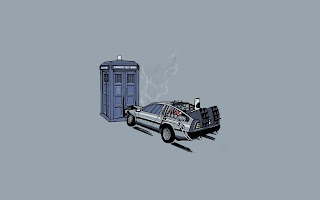 Everyone knows Dudikoff was only given the role in American Ninja because Chuck Norris turned it down. (seriously. I didn't even have to make that one up.)
- May 04, 2012 No comments: