I try to eat healthy.

I even like it most of the time. Seriously, I'm a fan of spinach.

I've mentioned in the past though that despite my best intentions, nothing is as good as a brownie.

It was fun. Although there was this really annoying thing where you had to wait in line to buy tickets before you had to wait in line to use the before mentioned tickets to buy food. But I'm not going to get into that right now because the assbackwardness of it will give me a headache.
After enjoying some delicious grape leaves (see healthy by choice) we watched as all the balloons started to inflate themselves. Triple S had a few tickets left so we decided to indulge but since we only had 5 tickets and I wasn't about to wait in the ticket line again we had a limited selection for our indulgence.

We settled on FRIED BROWNIES. Yeah you read that right. Fried brownies.

That's disgusting! I would never eat that.

Well then you will be missing out on the closest thing to ambrosia us mere humans can have. Seriously I think I saw Apollo in line in front of me. Or it could have been Hermes.
Based on this experience I'm going to take out my fryer and everything is going into it. Seriously. Everything. I'll let you know how my experiments go.

PPS it took 2 FULL HOURS to get out of the parking lot. I love you NC but you people seriously need to nut up and merge! Stop being so dam nice and get your car out there.

Yeah well I do. And not just because they're awesome and I'm awesome so obviously we are a match made in heaven. I've loved them since I can remember.

You remember in the 80's when they were awful? Yeah I still loved them. Of course it's possible I loved them more when they were winning but it's hard to be sure. Plus I don't like to think I'm the kind of person that would feel that way. Totally not cool.

Why are you telling us about your love for a sports team?

I'm telling you because Triple S was watching his favorite team in the play-offs.

Before you ask it's the Red Sox and no I don't want to talk about it. He can't be perfect.

Now I'm not bitter about the Yankees having a sucktacular season but that doesn't mean I'm about to start enjoying the Red Sox playing. I seriously don't I hate them. Not because they are my favorite team's epic rival but because they don't understand word definitions.

That's a weird reason to hate a team.

Yeah it is. Still it's is a reason.


1.identical or consistent, as from example to example, place to place, or moment to moment: uniform spelling; a uniform building code.
2.without variations in detail: uniform output; a uniform surface.
3.constant; unvarying; undeviating: uniform kindness; uniform velocity.
4.constituting part of a uniform: to be issued uniform shoes.
5.Mathematics . occurring in a manner independent of some variable, parameter, function, etc.: a uniform bound.

I want you to concentrate on definition #1.

Please read above again. It's called a uniform for a reason. And it isn't just because they liked the way the word sounded.

Did you know Steinbrenner had a dress code? or a hair cut code? Not sure what he called it. 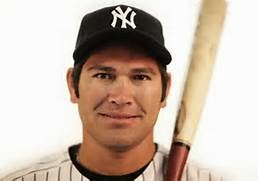 Yeah. George did that. After the Red Sox won the world series they did spots on lots of TV shows including a makeover one. A few of the players got haircuts and new wardrobes but they were not allowed to touch Johnny Damon's hair. Of course all that changed after he joined the Yankees.

So I don't care if it's no shave November even though it's October. Get a haircut you Hippies! You're on a team, you can express your individuality after you choke and the season is over.

The awesomest thing ever happened this week at work!

AWESOME I TELL YOU.

Please tell us what it is? We need to know.

Shhhhhhh. Be patient my pretties. All is due time.

We need to know.

So as you might remember I teach preschool now. I'm entering my sophomore year and trying to avoid the slump. Testing out new songs and new crafts. I'm going to keep it fresh and make sure those kids love learning.

I do this by being silly and ridiculous. Also by mixing in bits and pieces of my old life.

Everyday we head up the stairs to enjoy the playground and some running around. Little kids are especially fond of this time of day and they have a tendency to rush up said stairs.

We remind them over and over again to go slow and hold the railing.

Yesterday after another round of repetition the tiniest of my charges piped up "One hand for the ship."

Now if you know what that means you are my kind of people.

Ships pitch and roll. They aren't the stablest of platforms so when you are new the saltier souls remind you "one hand for the ship". It means you should always have a free hand in case you need to grab on to a railing quickly. I have borrowed this phrase to remind the kids to hold the railing when we are heading up the stairs.


Told you it was EPIC!

Right now we are attempting to deal with some tragedy and I do that best by making off color jokes and being obnoxious. Luckily my friends give me wonderful fodder for both.

Triple S jokes that I should always be on your team in any sort of trivia game. I love Jeopardy and Trivial Pursuit. There is a ridiculous amount of random knowledge in my head. Add to my love of weird facts all the random things I've done (for work, for fun and as a volunteer) and it turns me into the person people call with odd questions.

My dog ate a raisin. (They're bad for dogs like chocolate.) A friend with a new pup was panicked because one of her young children dropped a single raisin onto the floor at which point the tiny pup gobbled it up.

Of course the Internet didn't help to calm her fears so I got the call. Luckily I was able to calm her down and the pup is doing fine.

How do I cook pork chops? I provided a few quick ideas, hints to make sure they didn't get dried out. Apparently people were coming over for dinner who don't eat chicken, fish or red meat. (Is that reverse Kosher?)

Then there was the conversation I had with the Starbucks lady about this: 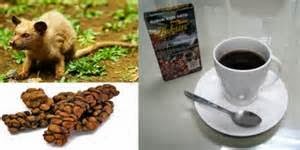 Strangers seem to assume I know things too. A lady at Dunkin Donuts saw my military ID and proceeded to ask me if it was normal for people in the service to elope. See her daughter had recently married her Marine boyfriend in a quickie service at the courthouse. Mom was very unhappy about missing out on the big day.

Anyone else have weird questions they need answers too? Anything about large mammals? Homeopathic remedies? How to get crayon out of your laundry? I'm here and ready to help you out.
- October 01, 2013 2 comments: