This weekend isn't about barbecues and long weekends.

It's about freedom and the people who selflessly provide it for you. The people who wait at home for someone who may or may not return. The people who get paid less than the fry guy at McDonald's to be away from their family for months, possibly years at a time.

But this isn't that blog so we are going to talk about food because no one comes here for political rants. Although I can try some if you want. I'm pretty good at ranting in general in case that wasn't obvious.

Seriously though, THANK A VETERAN!! 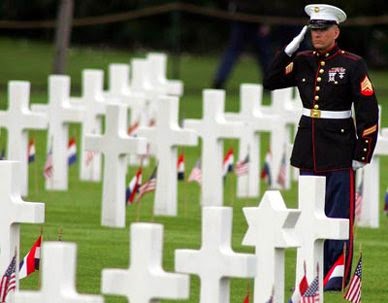 Now on to the stories about meat.

In an attempt to be healthier red meat is a rarity in this house but despite my earlier tirade we did attend two barbecues this weekend. Both included some super yummy food and burgers.

I love a good burger. 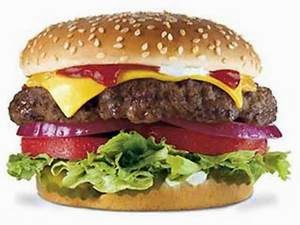 This is the awesome part though.

There are a lot of subtle signs of friendship. Some of my favorite are the little things. Knowing how someone takes their coffee. Knowing their favorite movie. Favorite color.

The pinnacle of this weird info though is knowing how someone likes their burger.

Twice this weekend I was presented with burgers that were cooked to my version of perfection.

By the way, that is rare. I mean so rare that a skilled veterinarian could possibly resuscitate it.  I don't care about salmonella or e coli or food poisoning. I like to live dangerously and obviously the people I love most know this about me.

So thank you for my mooing burgers and for knowing me. You guys are the best.


This is an exact quote from one of Natalie's teacher today:

"Don't worry we have someone coming in to sand those bitches."

Now if you assume that my child doesn't go to some hippie progressive school or some hard core disciplinary boot camp you might be thinking about what prompted this little outburst.

Never fear because I'm going to tell you. And really you shouldn't be surprised because why would I have written a post just to tell you about a teachers potty mouth? That's boring!!!

Sorry back on topic.

When I got home from work today I was just heading into the backyard to help Triple S with our ongoing double pergola project (I'll talk about this another day but sometimes my husband rivals Norm Abram with a hammer.) when the phone rang.

It was the school and they wanted to let me know that Natalie had a splinter in an area of her body that she would not show to the nurse.

So instead of being Triple S' walking tool belt I headed over to the school. When I got there the peanut was standing patiently in the office. The staff smiled at me as I pulled her into the nurse's bathroom and closed the door.

She pulled down her pants to show me her tiny butt cheek.

I'm pretty sure I hid my surprise well as she didn't freak out until I told her I had to take the splinter out. Then she was all about the tears and the NO's.

Although it isn't fair to call something that can be used to hold a sandwich together a splinter. The darn thing was as big as a tooth pick.

It was stuck almost all the way under her skin. The poor thing. The office ladies had asked her to sit but she had politely declined and it was suddenly very clear why. Who would want to sit with a wooden spike in their cheek?

What about sanding the bitches?

Oh right. The teacher that was with Natalie when she slid across the wooden bench and impaled herself wanted to let me know the problem was going to be fixed to ensure that no other tiny bottoms were injured.

She meant benches. Not bitches but her slip made my day so she is forgiven. Plus she was just worried about my peanut so who can blame her for a little righteous anger against an inanimate objects?