Snow, It's that cold white stuff falling from the sky.

In the past I've talked about the South being awesome.

It isn't perfect though.

Certainly they can't make a good pizza or a bagel. (DO NOT START TELLING ME I'M WRONG AND THAT YOU CAN GET THEM AT SUCH AND SUCH PLACE. I can't have my heart broken again.)

So far this winter my kids have had three late start days due to COLD.

Yeah, you read that right. It hasn't even snowed and they have already had three half days.

Half days don't affect the school year though so who really cares? Plus they mean I got to sleep two hours later. A joy I won't pass up.

Snow is funny down here because there are no plows. No salt trucks. No snow removal vehicles of any kind. It makes sense. In the three years since I moved it has only snowed twice. Not really a fiscally responsible move to have a team of plows standing at the the ready. 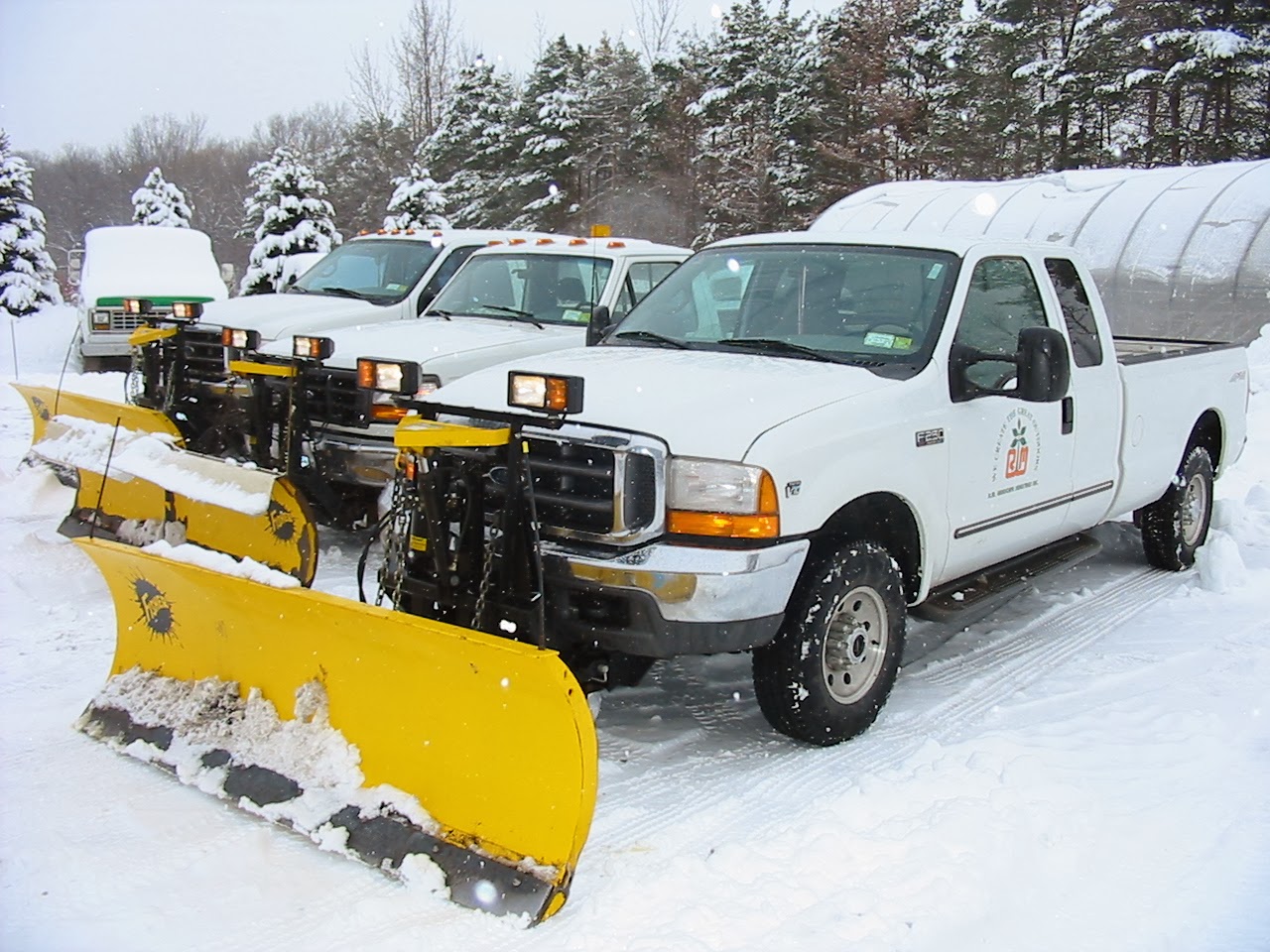 A whole week of school for snow that I shoveled (pointlessly), in a t-shirt.

Right now it is snowing again. I already had to go get my kids from school 2 hours early and although it isn't official, there is no way they will have school tomorrow.

We stopped by Target before it started and people where clearing the shelves of the proverbial milk and bread. (Why are those the foods we assume we will need if we are trapped in our houses?)

Side note: Down here all the Targets have full grocery stores in them. It's crazy.

Right now it has been snowing steady (but slow) for about 3 hours and it is expected to continue till 2am. We might see some actual snow.  Already the ridiculousness has started. I watched my neighbor try and get his Dodge Ram pick up into his driveway. He made 3 attempts because he forgot he was driving a truck and it has four wheel drive. I'm not kidding. 3 attempts.

His driveway is basically flat with the tiniest slope at the beginning and he had a hard time getting up it.

In case you were wondering this is a brand new truck. It's not like it was some 1980's beast that he would have had to lock the hubs on.

Last time it snowed Triple S and I went out the next day and the number of vehicles in ditches was easily a double digit figure. Most were trucks and some stayed there for a full week despite the fact that the snow had melted completely away by the end of day one.

So I guess the point of this is "how many?"

How many days are the kids going to miss? Who wants to place bets?

I wear my Nerd Card with pride.

It does scare people sometimes.

So I moved. I've mentioned it before. To a wonderful planned community. The houses are lovely examples of classic American architecture.

They also happen to look very similar and everyone seems to really love earth tones. There are a lot of variations on the brown theme. Not to mention the houses have all been built in the last year so no one has really had time to change anything. No fancy landscaping or personal details.

Right now it has a distinctive Stepford feel.

Blah Blah Blah, no one cares about your new house. Stop bragging about your American dream.

Sorry. There is a point in this.

Once a month the ladies from the development meet in the clubhouse for drinks and chatting. It gives us a chance to get to know our neighbors and to talk about how much we love the South. (Not sure how I'm disproving that Stepford comment yet.)

When new ladies arrive we go through the process of explaining which house we live in.

Mrs. X: I live in the one with the double porch.

Mrs. X: No the one across from the pool.

Mrs. Y: Oh with the dark brown trim or the beige trim?

This is a typical conversation.

All I have to say is Blue Door. Yup. Two words and everyone smiles and nods because they know what I'm talking about.

What does this have to do with being a nerd?

Excellent question. I swear you guys are so smart.

Stop sucking up. We still aren't going to comment on your blog.

Please? Never mind you heartless bastards. Back to the story.

Usually they follow it up with a question about why I love the color blue so much.

Last night though I skipped over the regular pleasantries and told them the truth.

My door is TARDIS blue. 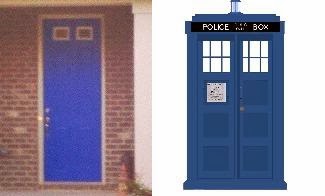 Yeah I just admitted my door color was chosen based on my nerd love of a TV show.

That just happened. Surprisingly, I feel no shame.

There were a few pleasant smiles and some quiet chuckles but not a one of them knew who Doctor Who was so then I was forced to explain it.

That is to say I sounded insane, angry and I wasn't making any sense all at the same time.

So I didn't find any new nerd souls sisters but I did horify my neighbors and that sometimes can be just as rewarding.

I sweat, I don't glisten. 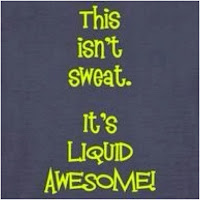 Although I don't talk about it all the time I frequent the gym. It's been a few years so I know most of the instructors and most of them know me. There are a few, of course, who I only know in passing, as I don't frequent their classes.

While having a chat with one of my good friends, who is also an instructor, one of the lesser known (to me) instructors came over.

LKI- Where is your puddle?

me- Of sweat? yeah I left that in the other room.


My sweating is a topic of conversation among the gym staff.

Yeah, you read that right. That's how bad it is! I'd be embarrassed if it wasn't true.

What else would you call the first post of the new year?

Although this post has nothing to do with new years or resolutions, or revolutions for that matter.

It's only a coincidence that I have time today to tell you about my new game.

What new game? We remember customer service roulette with such fondness.

I know, Hasbro has nothing on me.

It was an awesome trip. The kids had so much fun, but more on that another day.

Remember when we were little and we would play car games? finding the alphabet on license plates? I spy?

Now we watch movies or play angry birds and candy crush on our smart phones. While this is also fun, it means that no one looks out the window or has a conversation.

But since we have those neat smart phones why not use them? 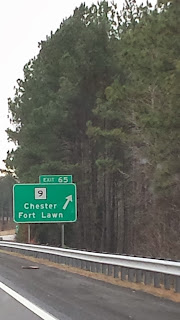 What is Fort Lawn?

This is how the game starts. Get those fingers typing and figure out what it is. You can decide ahead of time what criteria you are judging on. Funniest explanation or most factual. It helps of course to have a good phone or a fast connection.

Did you know they have a flea market? Every Saturday from 9-1. 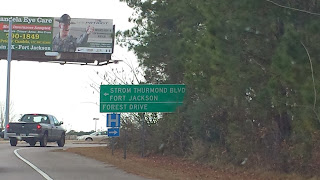 Sometimes having paid attention in 5th grade will negate the need for a phone. 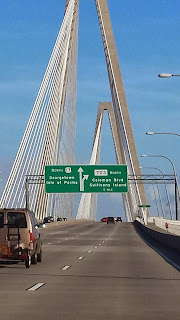 I want an Island named after me. That isn't part of the game I'm just saying wouldn't that be cool? I know you can buy a star if you want but I'm not sure how legal that is and it's not like you can live on a star. Is that guy still selling real estate on the moon? If Sci Fi has taught me anything it's that we are going to live on the moon one day. Under the sea too. Oh and there will be zombies of course. Not sure if they will make it to the moon though? I think we'll be safe there.

Back to the game.

Get your phones and her fingers ready for your next road trip and enjoy.

You're welcome by the way.

Side note: Triple S was driving when all of these photos were taken. I have issues with speed but I don't text and drive, or photograph and drive.
- January 01, 2014 No comments: