First before I start talking about  myself I have a question.

Is there another superhero besides Superman that has such a well known weakness?

Sure the Green Lantern has yellow stuff. (you know you totally knew that)

I really can't think of anything else off the top of my head.

I'm back. Guess what? There is nothing else memorable. Although I will mention that I just learned the original Wonder Woman could be trapped if a MAN bound her hands. That is some serious sexist Bravo Sierra. Glad that is no longer the case.

Okay after that little nerd interlude let's get back to me.

Have I told you I have a "Kryptonite"?

Time Out again. Did you know Krypton is in spellcheck but Kryptonite isn't? WTF?

Back again. About my Kryptonite (seriously. how is this not in spellcheck?).

I'm going to tell you but only because I doubt there are any super villains that read this blog. They are much more into TUMBLR and VINE.

You know that stuff that grows on top of my head? Yeah.

I HATE WHEN ANYONE TOUCHES IT!!

Is there something more yelly than bold caps? Maybe underlined too?

Seriously. I HATE IT!

Underlining was too much! I always go too far. Live and learn.

It was one of the multitude of benefits to having short hair: no one touches it. But now in some sort of sick sadomasochistic move I'm growing it out. Don't say I'm overreacting. Have you ever grown out short hair? It's like one bad middle school hair cut after another and now to add insult to injury people feel like they can touch it.

"Ohh it's curly." Like that fact that my hair has curls means you should touch it.

PS it doesn't. These are the same people who touch pregnant lady's bellies I bet.

Right now I still have enough patience to remain calm and not slap anyone but we are quickly approaching the day when I'll black out and when I finally come out of my Hulk like rage someone will be lying at my feet wondering why and I'll have to explain to a judge that it was a totally provoked attack.   "She touched my hair." Best. Defense. Ever.

I guess this is more of a public service announcement. Or maybe a warning...

If you've gotten away with it in the past. Count yourself lucky but remember one day the sleeping lion is going to wake up and you are going to pull back a bloody stump.

Gosh those are some serious mixed metaphors. What ever.

You get it right?

Hands off the hair!! 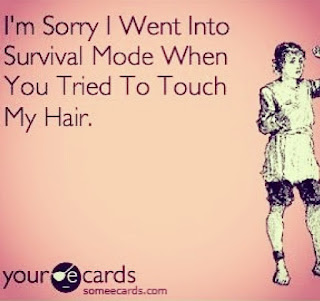 I love you Internet! Don't ever change. There is nothing you don't have!!!!

Getting Rid of Satellite Helped Me to be a Better Parent.

Just not the way you think.


A few months ago Triple S and I agreed we were paying WAY TO MUCH for satellite TV. This isn't to say we didn't like it. Because we certainly did, but the bill just kept getting larger and the number of shows we were watching was getting smaller and smaller.

So we cancelled and got a streaming box and a digital antenna. (unless there is a chance I'm going to get something free I'm not plugging any name brands!)

Yeah. Old school rabbit ears. (although they are hidden in the attic so no one knows.)

That way we could keep watching local channels and the fabulous b team news.

That is what Triple S and I call the local news. If you are from the New York tri state area and you have since moved to small market news location then you know what I'm talking about. It's like watching high school Shakespeare. Sure they may get all the lines right but it isn't the same.

When we finally severed the satellite link we started discovery new things. Well actually old things but they are new to us again.

Sunday morning The Monkees are on.  It actually holds up. It's still silly and fun and it makes you smile.

The best part though is Saturday's line up. 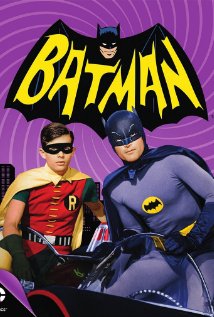 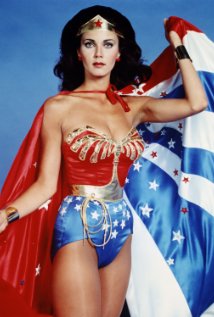 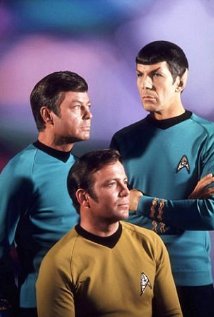 Better still is the fact that my kids are excited about watching these. When they found out Star Trek was on netflix they started a marathon.

As a parent you are supposed to share the world with your kids. Teach them about the important things and that is why I feel like I am totally winning as a parent.

You can teach your kids sharing and kindness. I'm sticking with nerd topics only.

So this isn't the first time I've talked about trying to be a fitter me.

Recently though, I've switched up some things. Including Yoga in my routine to try and balance the abuse I take at Krav Maga. Or trying to see how many dichotomys I can include. Who knows.

It's really hard to know why I do anything.

So back to Yoga. It's great. All Namaste and stretching.

I've always been a reasonably flexible person but Yoga is something else. There are always a few ladies who can totally human pretzel themselves but none of this is important.

What is important is Shavasana.

Yeah yeah yeah. I know we don't all speak Yogi.

It's the rest at the end of class and apparently the "hardest practice" in yoga. At least that is what the instructor always says.

FYI everything in Yoga is a "practice" kind of like medicine.

The point it just to lay there and clear your mind.

The second part of that sentence is the hard part.

My inner monologue while I tried to "count my breaths" (that is how we are supposed to stay focused on nothing, if that's possible), is very disjointed.

I think most people probably have a hard time shutting down their to do list and the things that they are currently worrying about. Normal things like college funds and dry cleaning pick up.

Not me. Not that you are surprised by this.

So here is a peak inside my mind while I am trying to keep it still.

Is this what it was like for the Ghostbusters?

back to breathing stupid.

Can you imagine what it would have been like if he had thought about a unicorn? 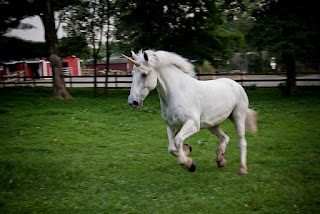 My mind is blank

Latin is weird. Not as weird as Shakespeare but weird.

There is no Shakespeare stuff in my house. Maybe I should search pinterest for a project?

I should totally write a blog about the fact that I can't stop thinking weird stuff while I am supposed to be meditating. Wait is meditating the same as Shavasana?  Because sometimes we do both and they are separate things? Although They feel the same except one is when I am sitting and one and when I am laying down.

Either way. At no point did I think about my to do list or what I was going to cook for dinner or if I had left the porch light on that morning.

So good luck the next time you have to clear your mind. Hopefully the fate of the world won't rely on your ability to think about nothing.
- June 04, 2015 1 comment: