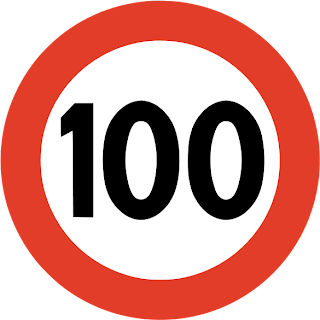 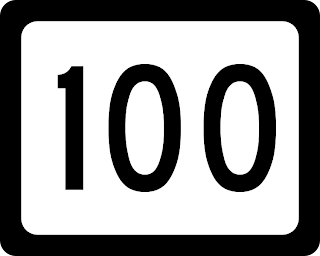 Why did you buy the Turbo Engine?

I live in the South now but I learned to drive in New York. Practiced in Boston and mastered my skills in New Jersey. (I have parallel parked a Tahoe in Manhattan.!)

I'm not a polite driver. I have a bit of a lead foot. I occasionally treat red lights like a drag strip. Nothing ridiculous, no 128 in a 45. I leave that to the professionals.

I dread any conversation that starts with "I saw you driving the other day."

Of course none of this makes me drive any nicer but at least I know I'm crazy right? That's got to count for something. Seriously. That counts right?

There are a lot of weird things about North Carolina driving. For one the parking lots are confusing and have so many dead ends they all kind of feel like a trap. Another is most drivers refusal to use lanes that will eventually merge. 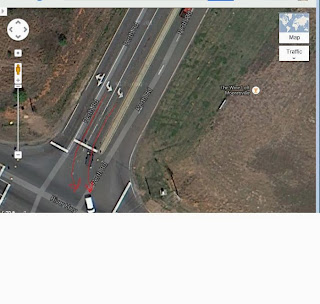 Do you see the two red arrows? The inside lane ends in about 1000 feet. There will be 30 cars lined up on the outside lane and no one will use the inside lane. I routinely use this lane and pass 30 cars. It feels shady but there is a reason that lane is there. 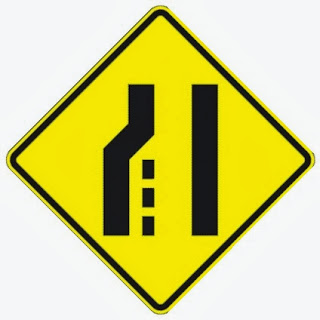 There is even a sign specifically for this. All 50 states use it.

It's called a merge. Seriously.

That isn't what this is about though.

You know how they say your children learn from what you do not what you say?

Colin was in the car with me and we were at the above pictured intersection. Of course I was in the merge lane. There was however, one car in front of me. When the light turned green the car proceeded to go but very slowly.

I happened to notice that she had purchased the turbo version of her car and I might have commented that is was a waste as the car was going so slow.

Colin was of course curious as to what a turbo was.

Being the good Mom that I am I explained to him what the difference between a normal engine and a turbo charged engine was.

He thought about it for a moment before turning to me.

This is probably why Triple S has said he will be the one teaching the kids to drive.
- December 18, 2013 1 comment:

One of the best things ever happened on Black Friday.

Technically it was late Turkey Day but there isn't a name for shopping on a national holiday so it stays a Black Friday story.

Yes, I go shopping on this most insane of days. No, I have never fought anyone over a TV or a game station. I've never threatened anyone. Never even seen any of these events.

It's possible that is because I live in the middle of nowhere. It always seems those stories of insanity and homicidal shopping rage occur in much more heavily populated areas but I digress.

The first stop with my shopping wing lady was Target. They had cordoned off the store to create a maze like path to keep the bottle-necking down to a minimum but it meant there was really no room to turn back if you missed something without creating a cart pileup.

Also they had $2 towels. Sure they weren't the softest of towels but I have two small children and my current towels and starting to look a little worn so $2 towels sounded like a great deal.

As I leaned over the GIANT bin of towels to grab a few in the colors I liked a friend came rushing over and grabbed the towel out of my hand. She screamed nice and loud and I responded in kind. Yelling at her but stopping short of name calling.

It was one of those times I wished I was being followed by a camera crew because the faces on the ladies around us were priceless.

The store was crawling with police so we didn't continue our amusing improv show. Instead choosing to hug and wish each other a merry Holiday and bon shopping.