Sleeping (perhaps it's my superpower)

Did you know I'm am a hateful person?

Okay, he doesn't think that all the time only when it's bedtime.

Hmmmmm, That could be the beginning of a completely different blog. I'd better clarify.

He thinks I've made a pact with the Devil because I can fall asleep in 30 seconds. Seriously. Doesn't matter what time it is or how tired I am,  I've always been able to pass out like I was shot with a horse tranquilizer. Although I've never tried it I'm convinced I could sleep standing up.

In addition to this fantastic quality I can also sleep through just about anything.

Time for an example.

Triple S is a volunteer at the local fire department and as such he has a pager. Not like one the cool kids had in the 90's. This thing is ridiculously loud and noisy.

For obvious reasons it must be loud. Think about the worst alarm clock you've ever had and magnify it by ten then throw in a howling monkey and one of those internet famous screaming goats and you will be some where close to the level of annoying this thing achieves.

Did I mention it vibrates? Of course it does because if the screaming banshee like noise isn't enough the fact that it can also shatter glass with it's vibration will make sure you know someone needs help.  It's like the bat signal but less cool and way more ear splitting.

Now imagine it going off at 2 am and the person you are sleeping next to getting out of bed, getting dressed and leaving your home.

Now imagine that you don't wake up.

Yep. Nothing. Not even a grunt of acknowledgement. In fact it's so bad that I've woken up in the morning and harassed Triple S about being lazy only for him to inform me that he was gone from 1am till 6am at a fire.

It's more complicated than that though.

The following is a list of things that have woken me up:

A kitchen timer going off in the garage

A car idling on the street

Small daughter falling out of bed

A dead battery on a smoke detector


You know the beep that goes off every minute? I'm sure your heard it. Our fire alarms are all hardwired with battery backups. Which is handy because it's not like you can't have a fire if there's no power.

But batteries die and of course this doesn't happen at 4 in the afternoon. It's always at 4 am. When everyone if snuggled tightly in bed. Dreaming about lollipops and rainbows.

So I was forced to wander around the house trying to pinpoint the sound. FYI I would make a really shitty DareDevil.  Seriously I'm thinking about getting my ears checked. Well not to see if they work; obviously they do. Wait is there a test to see how well your echolocation works? Is that a real thing?

Probably not and I'm way too lazy to google it right now.

Feel free to do your own Web MD search but try hard not to convince yourself you have cancer of the ear.

Conclusion: I got the dam thing off the ceiling and took out the battery but of course it was still beeping. I was going to smash it with a hammer because when I'm tired I tend to think like the Hulk but Triple S suggested I just put it in the garage. Please note above. Although he wouldn't have to hear it I was sure the dam thing would still sound as loud as the tell tale heart (YEAH NERDY BOOK REFERENCE). Luckily as I walked it out to the garage it stopped.

Here is the other thing that drives Triple S insane. After all this fun I crawled back into bed and was asleep in 30 seconds. Yup. Right back out like I hadn't just been wandering around the house in the middle of the night climbing ladders and cursing technology.

PS the battery was replaced the next morning and fire detector was put back on the ceiling. Serious side note. Fire detectors can only save your life if they are working and installed properly.

Wait!!! I just had a brilliant thought. Why isn't the battery in my fire alarm a rechargeable one that is continuously charged by the power? Seriously why isn't this a thing?

That's how your car works. It's also how my garage door opener works. See it's already a thing. Someone just needs to apply it to the fire alarm industry. Get on this smart people!
- July 31, 2015 9 comments: 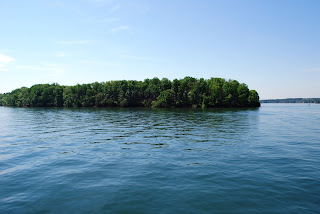 Tonight I got to go to dinner with some of my favorite people in the world and as is usually the case the cell phones came out to take photos.

We like to commemorate our outings with pictures. Regular ones and the super obnoxious selfie kind.

The birthday girl asked for final approval on any photos that might be posted and everyone else chimed in that they wanted the same privilege.

Now this isn't to say these ladies are vain. That is truly not the case but most people like some say so over what goes out into the world to represent themselves.  I chimed in that I didn't care. That everyone should be aware of this based on what I myself would post.

Then a wonderful thing happened. One of my amazing friends said she didn't think I had ever taken a bad photo.

Although we deal in sarcasms and jokes most of the time this was a sincere compliment. It is my opinion that this is much more a statement about our friendship than my extreme photogenicness.

As proof I offer up these fantastic photos of myself from this awesome evening.


We are quick to judge everyone we meet on first glance. We have read countless studies about how attractive people have an easier life. How blondes have more fun or how dressing nicely gets you treated differently.

I'm sure all of this is true. I can think of numerous times someone has proven my preconceived notions wrong.

Covered in sweat or dressed in our Sunday best. Smiling we are always beautiful.