Yesterday someone told me that "I make people happy."

My first thought was it was an odd thing to say but then I thought about it.

Really thought. I even wrinkled my brow. I mean I did some deep brain stretches.

There may have been smoke.

Then it occurred to me that it was one of the best things anyone has ever said about me. EVER.

Better than you're pretty or nice or strong or any other generic compliment that people offer.

Which was really nice because it came on the tails of someone insulting me at Krav Maga.

Saturday is sparring day. (That's fighting with gloves on.)

We've been working on multiple pairings and unlike in the movies my partners don't get in a line and come at me one at a time. It's great exercise and a fantastic stress outlet. Maybe not for everyone but I really like it.

Yes , I am aware this is not normal.

"It's hard getting over a lifetime of not punching girls."

That is what someone said after we finished a 2 minute round.

Bravo Sierra! I didn't ask for special treatment and I'm pretty sure no one has ever offered it. (I sincerely hope not.)


I doubt he meant it to be that insulting but that is kind of the point.

So today I'm going to forget about subtle sexism and bask in the warm and fuzzy feeling of an awesome compliment.

He's retiring this year. It's a big deal even if you aren't a Yankee fan (which I totally am) because he has like 700 world records. Okay maybe not that many, I'm not fact checking this. Let's call it stream of consciences because it sounds better than lazy.

Whatever the point is he's impressive.

Beyond the records and the stats and the fan love though Derek Jeter is a throw back player to a time when baseball was truly our national passtime. To a time when we watched to see legends in the making. In short he is a class act.

No scandals. No hearings on capitol hill. No arrests or rumors.

Sure there are plenty of consistantly good players that dont get into trouble but Jeter isn't just good. He's amazing. There is no question in anyone's mind that he will be in the hall of fame. More than likely a first round pick and possibly a unanimous vote. Those aren't things to scoff at.

Sure he's slowing down a bit and the amazing plays aren't as much a daily event anymore but after 20 years (20, an insane number in professional sports) he is getting tired.

I look forward to the pomp and circumstance that will follow him this season. He deserves every bit of fan love.

So as a fan I want to say I'm sorry I called you a pretty boy Derek. Not that you aren't pretty. Because you certainly are but you are also an amazing player and an actual role model. Thanks for not letting us down.

Great job Cap! We will miss you.

When I was a small child I lived in Queens in a small apartment above a store.


I wasn't there long though because apparently Queens isn't an idyllic place to raise a family.  So we packed up and moved to Queens Village.

Obviously it is very cool to live in the Queen's Village as the name implies. Under the watchful eye of royalty. In the shadow of a castle.

Okay Queens Village isn't like that at all. There are a lot of houses only separated by a driveway and a perfectly manicured lawn of 10'x10'.

That isn't to say it didn't have it's perks.

The whole street would shut down for a day and everyone would come out and talk to the neighbors. There would be Police barriers at the end of the street so kids could ride their bikes or skate their skates (my preferred mode of transportation in those days.) without concern of being flattened.

There were unsafe carnival rides that would arrive on the back of trucks run by x felons with questionable  people skills. We would eat and eat and eat until it wasn't a matter of if a child was going to vomit on the "round up" but when.

To a small child it was better than Disney World.

Jump to the present.

Triple S and I moved into a nice neighborhood where people wave to each other every morning. Where kids ride around on bikes and play basketball in driveways.

Then they started a ladies night. One night a month all the women of the community gather in the clubhouse to chit chat about kids, decorating and guns (it is the South after all).

That was awesome but they didn't stop there. Oh no! Because we go big or go home here!

THEY PLANNED A BLOCK PARTY!!

The little Long Island girl inside of me jumped for joy. There weren't any pony rides or dangerously unsafe roller coasters but there was more food than 150 people could eat.


There was a hula hoop contest and a pulled pork cook off. There was an eggs toss and croquet and cornhole. (I know that doesn't sound family friendly but trust me, it is.)

So I can live with ridiculous rules about wheeled carts for garden hoses (yeah we have a rule for that) and garbage cans visible from the street (I'm not storing that smelly thing in my garage).

I'm okay with arguing about the color of my door. I'm good with all of this because my neighbors are making the pro column of living in a planned community out weight the con column but a huge margin. 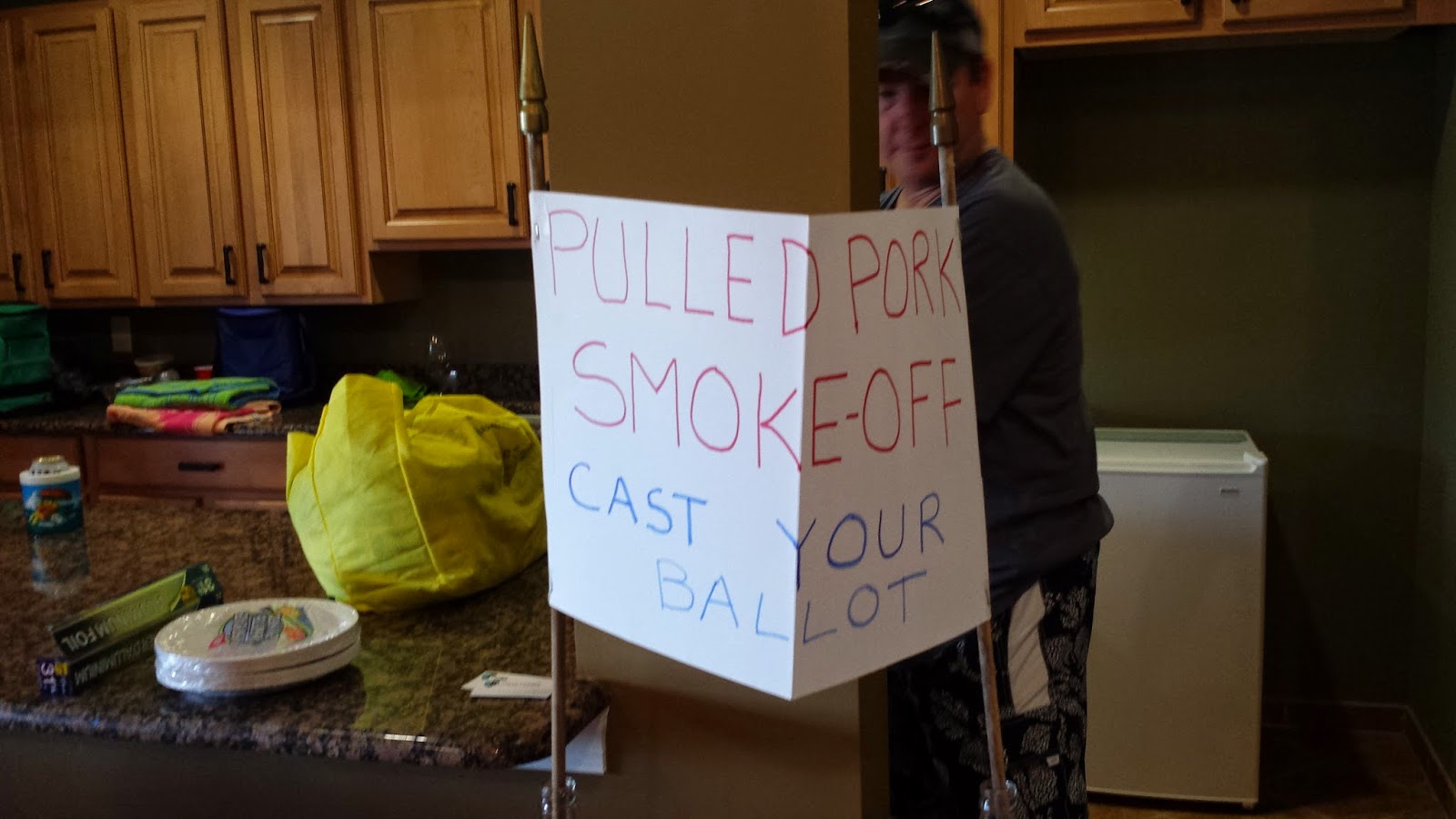 So I'm a preschool teacher. I've mentioned that before. Last year I managed to avoid the sophomore slump and get the loudest cheers at graduation.

This year though, I was worried about criers.

I love 4 year olds. They are smart and funny and fun and we play with crayons and play dough and dress up. There are swings and slides and nature walks. It's basically the coolest job ever. Plus I get to indulge in my superhero t shirt obsession.

The problem is that none of that fun stuff can happen until they get to know me and not miss their moms so much.

Sometimes that takes a few minutes and sometimes it takes a few days. For the littler guys it can take weeks. Although it feels much longer when they won't stop crying. Poor babies.

This year my new kiddos walked right in and got down to the business of having fun. No tears. No crying. Nothing but smiles. It was epic.

I'm hoping it was a sign of how our year together is going to go and not a "things can only get worse" situation. 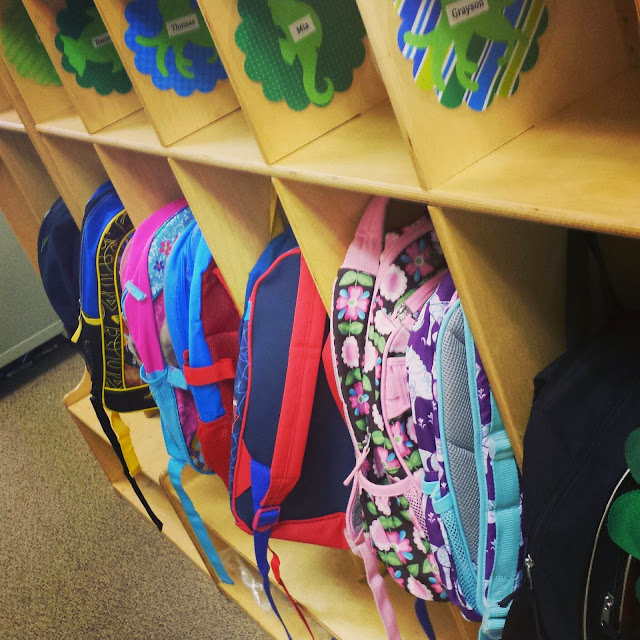