Acting: How hard can it be.

Sometimes I'm watching a movie and I think I could act. It can't be that hard right? I mean some of us spend a lot of our time 'acting' already.

That smile you offer the mom at the playground when she tells you about little Bobby winning the spelling bee and speaking french.

The concerned nod you offer the lady at the grocery store who tells you about her knee surgery even though you have no idea who she is and just because she is standing next to you doesn't mean you want her medical history.

The sad face you offer the lady at the gym when she tells you about her fish in pet heaven.

I'm sure you can come up with a thousand examples.

So good job Daniel Day Lewis for acting better than any other guy in 2012.

I would have crushed it as Lincoln and I'm not even a man.

Today it told me to watch Cross.


Given incredible power by an ancient Celtic Cross. Callan continues to fight evil... Now, joined by a team of weapons experts, Callan battles an unstoppable empire in Los Angeles. Now I have a slight confession to make.

The Shadow? Yeah I've watched it more than once. 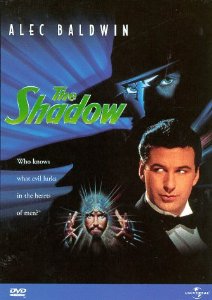 So sure it looks cheesy but that isn't necessary a bad thing.

I got through 5 minutes. That's it. Opening scene is some dad offering his kid advise about the awesome bling the men in their family pass down. Fastforward 20 years and some lunatic cop is slapping awake a hospitalized teen because she witnessed something epic.

That was it. It was painful. Like high school Shakespeare bad. I punched out and advised Netflix of my displeasure. Lets see what they suggest next?

PS Sharknado is on tonight. I missed it the first time but not tonight! TIVO is all set to record it and we are going to watch it as a family. I will train my children in the art of MST3K.
- July 18, 2013