I'm not a huge concert goer.

There aren't many performers that I like that are worth the price.

I hate crowds and rudeness and then you have to find someone that loves the same crap to go with you. It's a whole thing. Usually, I just sing along really loudly in the car and that gets me my music fix.

I do like different things though so when someone suggested we go see the Tran Siberian Orchestra I thought it would be fun.

We all hear this song at Christmas and it is pretty awesome. Surely a whole concert of rocking orchestral Christmas music will be fun?

Of course, that was before I got there.

I guess it shouldn't come as a shock that every group has groupies but I still was when the family wearing matching TSO t-shirts and denim jackets walked by.

It was a Christmas show so I figured there would be Christmas music. (Logic always gets me into trouble) I guess that is what they were playing but it was their own music and I had never heard any of it before. Not a single note.

Remember earlier I mentioned that song that we all like? In the THREE hour concert that was the only one I recognized.

What I got instead was back up singers who more closely resembled pole/go go dancers just with more clothes on. Weird hair flipping by guys who were confused about the fact that it wasn't the 80's anymore and a discount Morgan Freeman narrating the worst story ever told in Dr. Seuss like rhymes about a kid finding a box in the attic filled with really random letters. 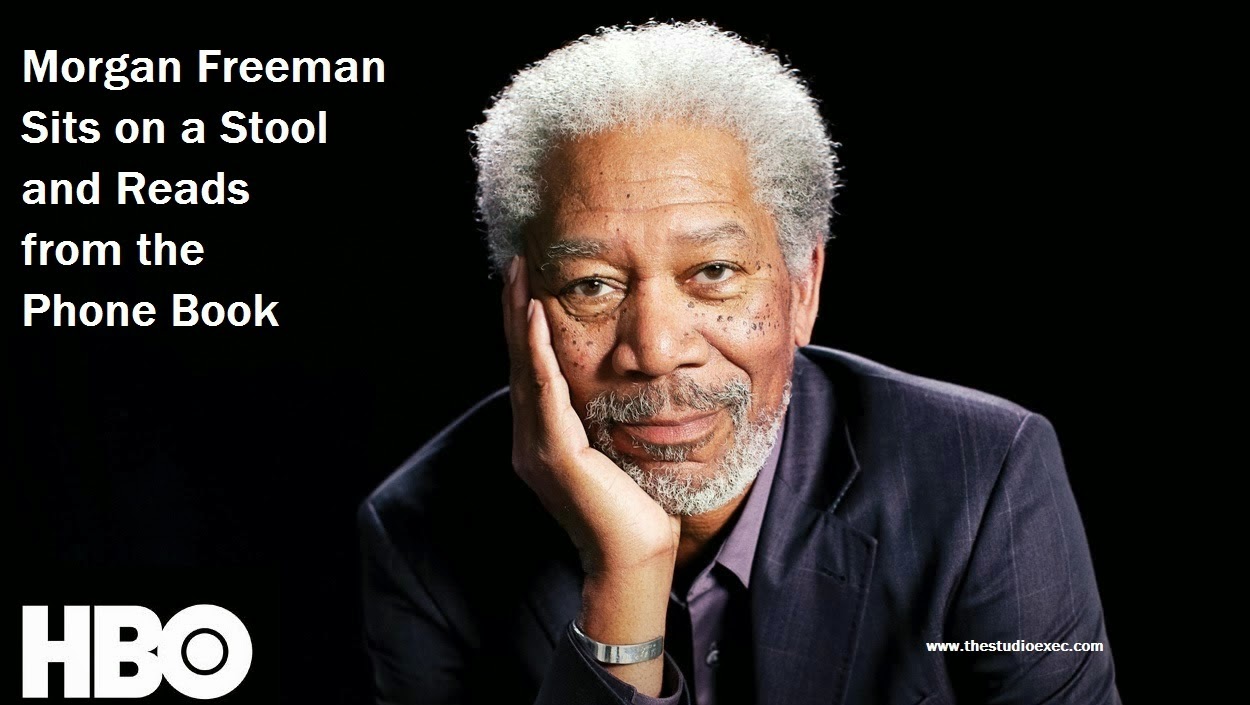 It was weird. Seriously weird. Like a grandma-approved rock concert. 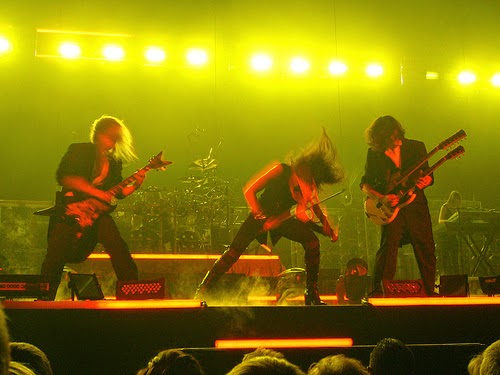 Did you know that double neck guitars still exists? Me neither but here's your proof. 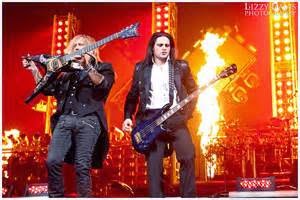 For some reason, this guy did this a lot. Lifted up his guitar to show it to the audience. It was like he didn't want us to forget how cool it was or maybe he needed to work on his biceps? 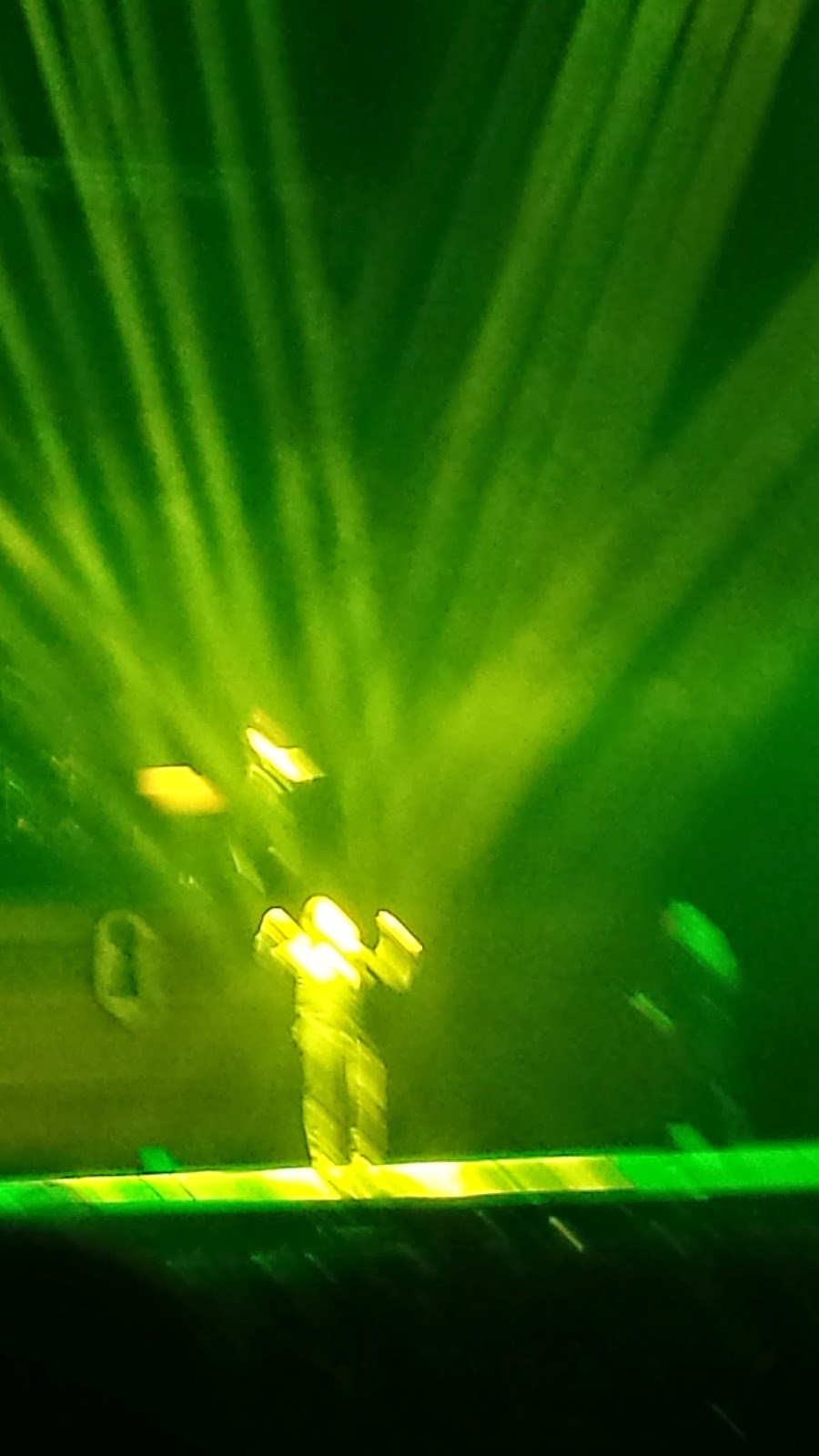 I know it was a laser light show but I don't think this guy's ego needed this. Based on the amount of hair flipping and intentional growling. 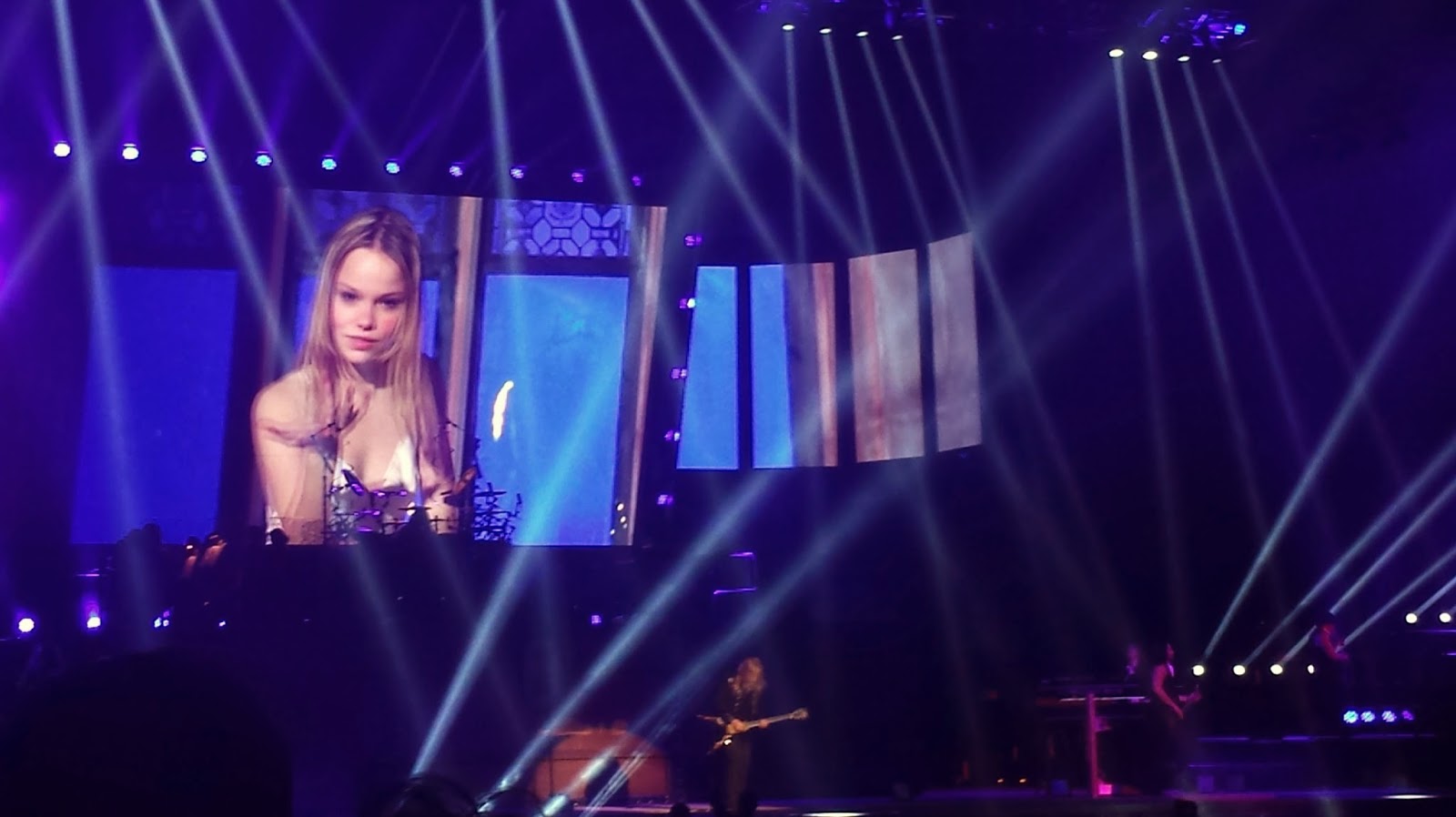 One more thing. Did I mention the super weird video that played on the big screen that looked like a super bad version of 1980's Dracula complete with girls dancing by candlelight in virginal white dresses? Because there was totally one of those.

Sure there was more. A lady singer with a guitar that, based on her hand movements, I'm pretty sure could only play one cord. A fantastic retro 1994 screensaver featuring dragons climbing on a castle.

I could go on but this is the Internet and our attentions are short so I'll just end with the fact that I did have a good time mostly because I was out with my fellow Krav Maga classmates. I was also pretty sure if a full-scale riot occurred we were going to full on RULE the world.